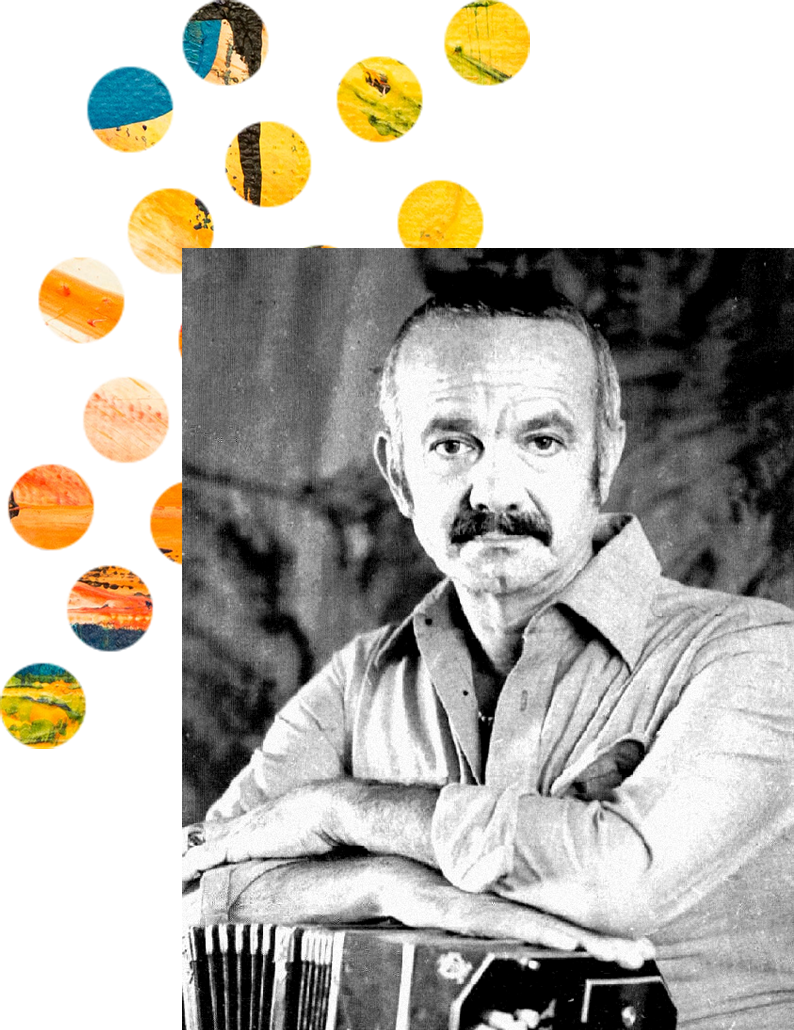 “For me, tango was always for the ear rather than the feet.”

Astor Piazzolla was born on March 11th 1921 in Mar de Plata (Argentina). From 1924-37 he lived with his parents in New York. He began to learn to play the bandoneon at the age of nine.

Shortly after this he also began taking piano lessons from Bela Wilder, a pupil of Rachmaninoff, in order to learn how to arrange piano music for the bandoneon. At the tender age of 13 Carlos Gardel enlisted his help with the recording of the music for the film “El día que me quieras”.

In 1937 he returned to Argentina and joined the Aníbal Troilos Orchestra, where he acted as musician and arranger. In the years 1939-45 he continued his studies under the guidance of Alberto Ginastera and founded in 1946 his very first own orchestra, which he directed for four years. From then on he dedicated himself entirely to the performance and composition of symphonic and chamber music, for which he received a wide range of prizes.

A scholarship from the French Government afforded him in 1954 the opportunity to go to Paris, where he first studied conducting under Hermann Scherchen and then became a pupil of Nadia Boulanger. She encouraged him to remember his cultural identity and to return to the tango in his compositions. Back in Argentina he founded the “Octet Buenos Aires” and the “Orquesta de Cuerdas”, but his music, which many felt to represent a far too radical break with the tradition of the tango, was met with vehement criticism and boycotted by the media and by record companies. For this reason, during the years 1958-60 he co-operated with record companies, radio and television stations in New York and founded subsequently in Buenos Aires his famous “Quinteto Tango Nuevo” (bandoneon, violin, electric guitar, double bass, piano), that was to exist for 25 years. Apart from the numerous tours and concerts he also continued in the years that followed to compose symphonic works and concertos, for example the chamber operas “María de Buenos Aires”, “Tangazo” and the oratorio “El Pueblo Joven”. At the end of the 60s numerous vocal tangos also came into being. The “Balada para un loco” then became a world-wide success and made his music accessible to a broader public.

In 1971 he then founded the “Conjunto 9”, which also included a drummer – a novelty for the tango. An offer from Bernardo Bertolucci in 1972 to compose the music for his film “Last Tango in Paris“ had to be turned down owing to other important engagements, for example a concert in the famous Teatro Colón in Buenos Aires. Many other tours abroad in the following years afforded him the opportunity of working with a large number of internationally renowned artists.

In 1979 “Aconcagua” (also known as “Concierto para Bandoneon”) had its premiere. Alongside his busy concert activities with the quintet, performances with symphony orchestras, in which he presented his own works as a solo artist, were of particular importance to him.

In 1989 he composed for the KRONOS-Quartet the “Five Tango Sensations”, his last major work, which maintained itself in the US-Charts for more than 55 weeks.

Astor Piazzolla died on the 4th of July 1992 in Buenos Aires.